I suppose I was prompted to start writing this article because yet again I heard ‘athame’ pronounced in a somewhat idiosyncratic way (I’m being polite):  ‘ath-ah-may’, ‘ath-aim’, ‘ath-ugh-mee’….I’ve heard them all.  So let’s be very clear from the outset:  ‘Athame’ is pronounced  ‘ath-ay-me’,  not ‘ath–a-may’  or ‘ath-aim’ etc. But how do we know that? 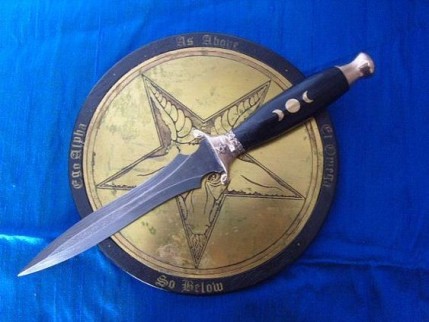 The co-founder of Wicca, Doreen Valiente (and you don’t get a better authority than that!) says so on  Page 78 of her book ‘Witchcraft for Tomorrow’:

‘ The typical weapon of Witchcraft is the athame, or ritual knife (pronounced ath-ay-me)’.

Now to be very clear, Doreen isn’t writing in a phonetical sense, so the last syllable is ‘me’ as in ‘you and me’ and definitely not as in ‘may’.

We can go off into all sorts of speculations about where the word originates from and how it might have been pronounced in whatever language back in the late Middle Ages, but frankly, this would be ‘an exercise in futility’ to quote Mr. Dillinger who used the phrase in a very different context.  We don’t pronounce the word ‘through’ in the guttural phonetic way it was originally pronounced by our Anglo-Saxon ancestors (like it is spelled), we pronounce it ‘thru’ today. So let’s put an end to the debate once and for all – athame is pronounced ‘ath-ay-me’ ( the middle syllable ‘ay’ as in the word ‘hay’ and the last syllable ‘me’ as in ‘you and me’).

I have long pondered leaving behind the word ‘athame’ and simply using instead ‘ritual dagger’, but somehow ‘athame’ feels right, probably because I have known it for so long now, well over 30 years.

An athame traditionally has a black hilt (= handle). The authority here again is Doreen Valiente:

‘Traditionally, the athame should have a black hilt, a circumstance which caused Gerald Gardner to think that it might be related to the Scottish Highlander’s skean-dhu, which literally means ‘black knife’ and, in fact, usually has a hilt of this colour’ – Page 78,  ‘Witchcraft for Tomorrow’.

I suspect that Gerald Gardner was being a little disingenuous with regard to his Scottish speculation – he almost certainly knew that ‘athame’ was one form of the word used in some French manuscript versions of the medieval grimoire ‘The Key of Solomon’.

The old grimoires give a variety of different markings that should be engraved on the hilt and/or blade.   The writers had specific reasons for these markings that may not be relevant to our own use.  I therefore believe that unless your particular Path or Tradition requires hilt markings, then unless you want to put them on….and can justify why you have done so…. then they are not necessary and your athame remains an athame even unmarked. 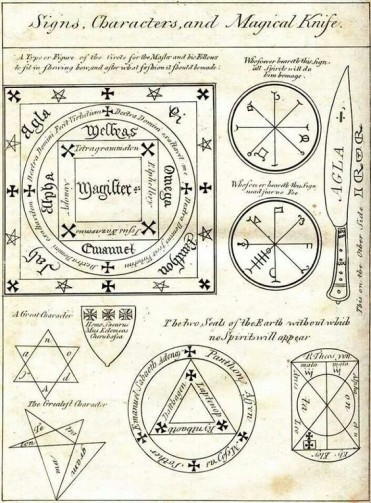 If you search eBay and other internet sites you will find a wide range of daggers being called ‘athames’.  Beware, they aren’t athames just because a seller calls them athames.  An athame should have a straight ‘dagger’ shaped blade or at least a blade the shape of a kitchen carving knife.  It can be single or double-edged, but those edges should not be sharp.  An athame is never used for mundane work such as cutting or killing for that matter. It is a weapon of the spiritual world, an extension of the will of its user as any ordinary dagger is, but the use of an athame is purely spiritual.  A lot is said about sharp edges being a danger in Circle work with others, this is obvious, but an athame still has a point even if it is blunt and if I fell on you with it, you are pretty much going to get stabbed. The real point about blunt edges and tip is that it emphasises its spiritual function.

The blade of the athame should be steel / iron or bronze.   Bronze would be unusual and perhaps more appropriate for a boline (the curved knife used for cutting herbs etc).  An athame does not have a blade made of wood.  Some people use them, but this is a modern invention perhaps promoted by crafters who can carve up a ‘wooden athame’ in a few minutes, burn a few markings into it and sell it on Etsy for a serious profit to the unwary.

I do not want to denounce innovations and so if you like your wooden ‘athame’, then fine, but don’t pretend to yourself that it has any traditional historical legitimacy as an athame.

And as to plastic or ‘bronze resin’ athames – ughhhh! Please don’t even go there.

The finest blades are hand-forged and are made by folding different grades of red-hot carbon steel over and over giving an end result of beautiful grain patterns on the blade – these are sometimes referred to as ‘damascus steel’, ‘watered steel’ or ‘pattern-welded steel’ blades. 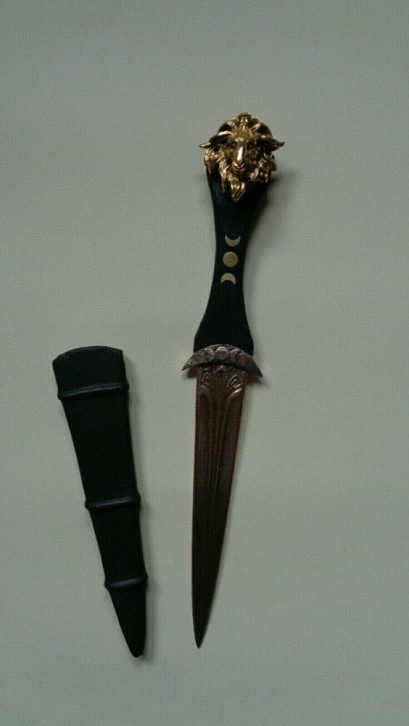 Don’t be cheap when buying an athame. You buy the best cell phone you can afford so why buy a cheap and trashy athame from China when surely you should buy the most expensive one you can afford. After all, you intend to use it for spiritual purposes – the highest of all purposes.  Your purchase is a sacrifice – it should be, so don’t buy a piece of junk and wave it before the Gods and spirits as if you are proud of being cheap.

What if you cannot afford an expensive athame? Then buy what you can afford and save for a better one when you can afford it.  Think: ‘my cell phone cost ‘x’, surely, I can and should spend more on my athame’. Of course, you could always make an athame….and that is a real sacrificial act.  It doesn’t matter if you are not a master bladesmith, you tried and that is a true sacrifice and your athame, no matter how humble your efforts, will still be an athame and special.

But having said all this…Do you actually need an athame? It is after all a ‘prop’ and so whether you do or don’t is up to you. if you feel satisfied with conjuring a Circle by pointing your finger at the perimeter, dipping it into a chalice to exorcise the water in it, or even commanding a demon with your finger, fine!  Maybe all the medieval grimoires that recommended ‘black hilted daggers’ didn’t take into account such a powerful person as you.  Personally, I need to use and athame. 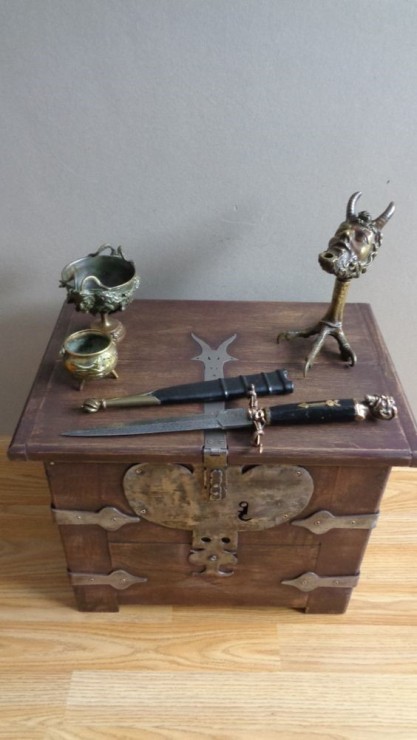 Pictures From Our Path 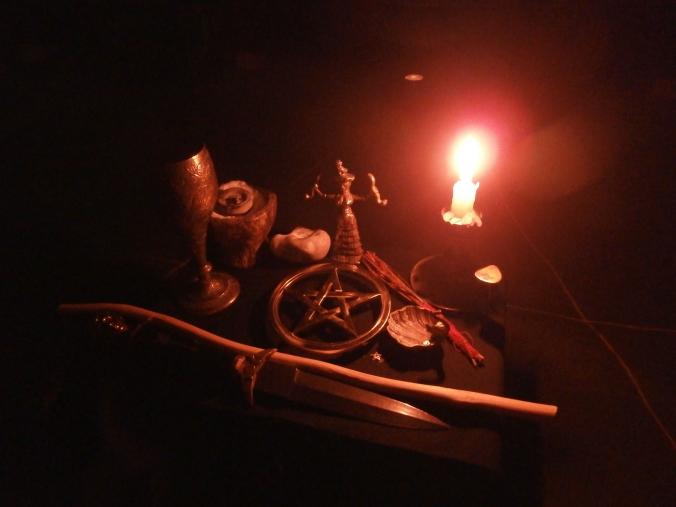 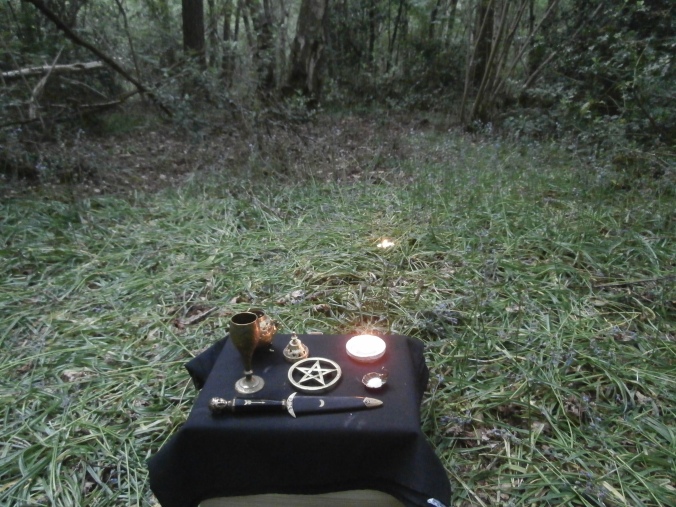 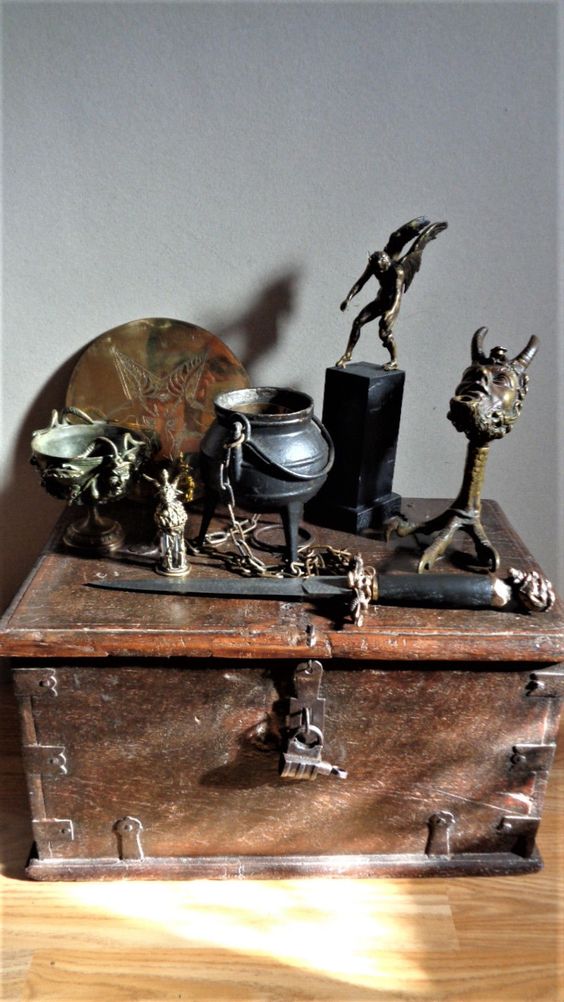 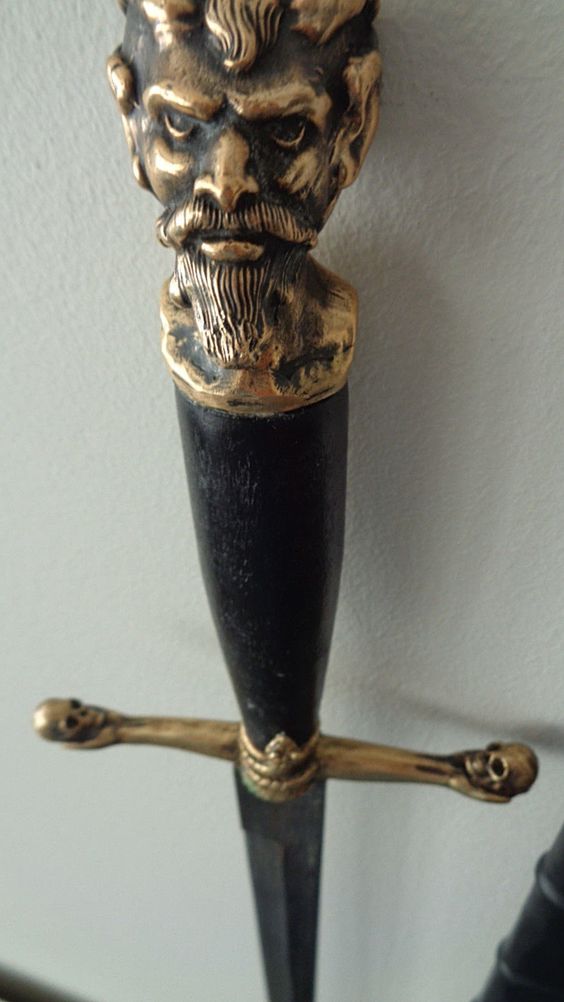 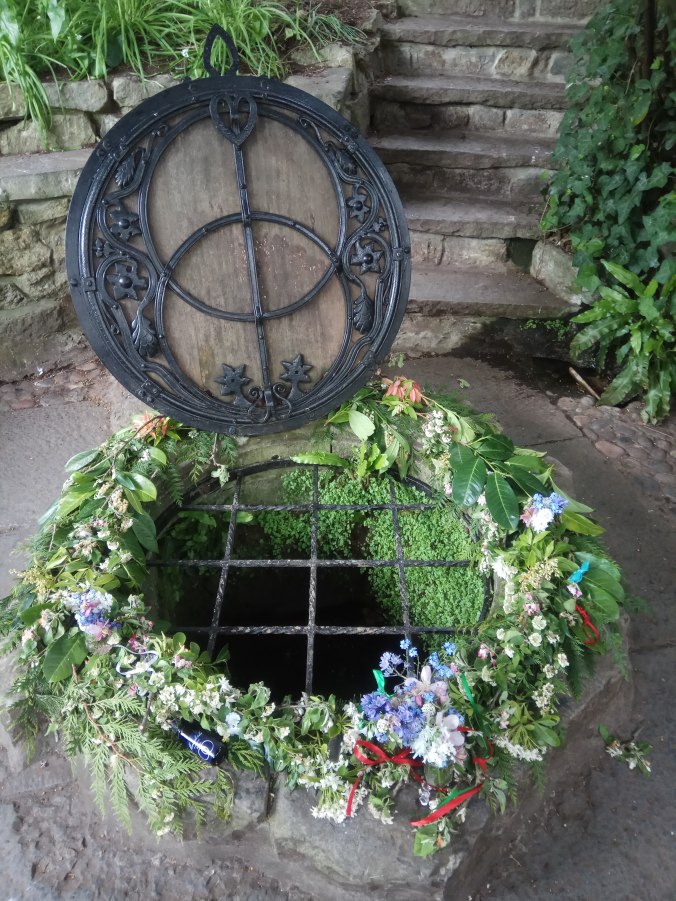 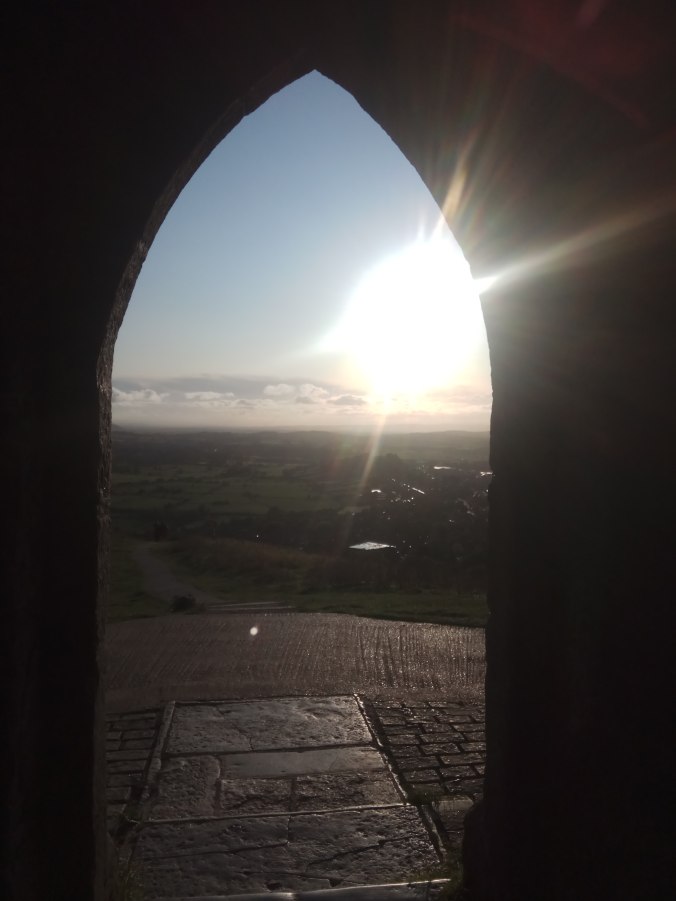 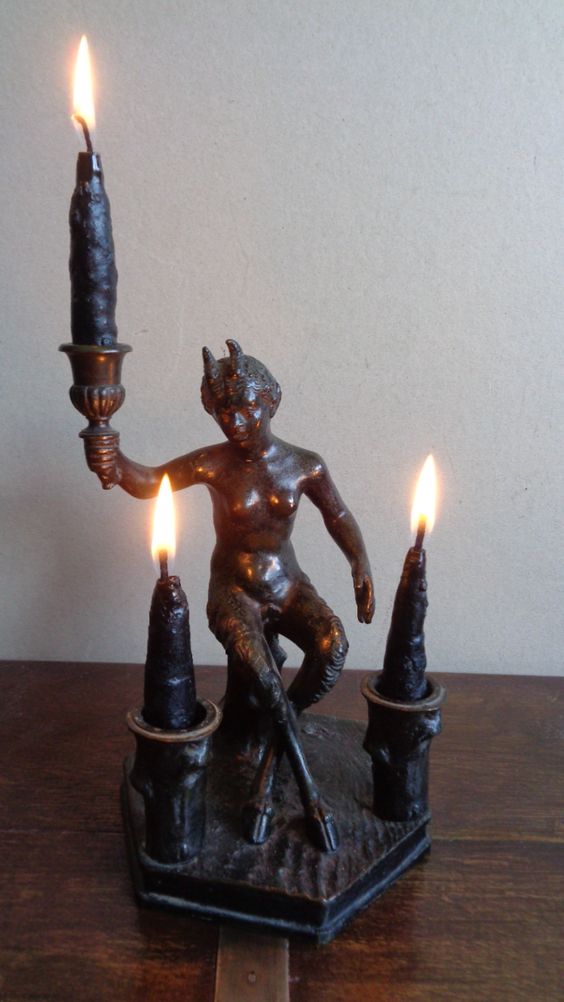 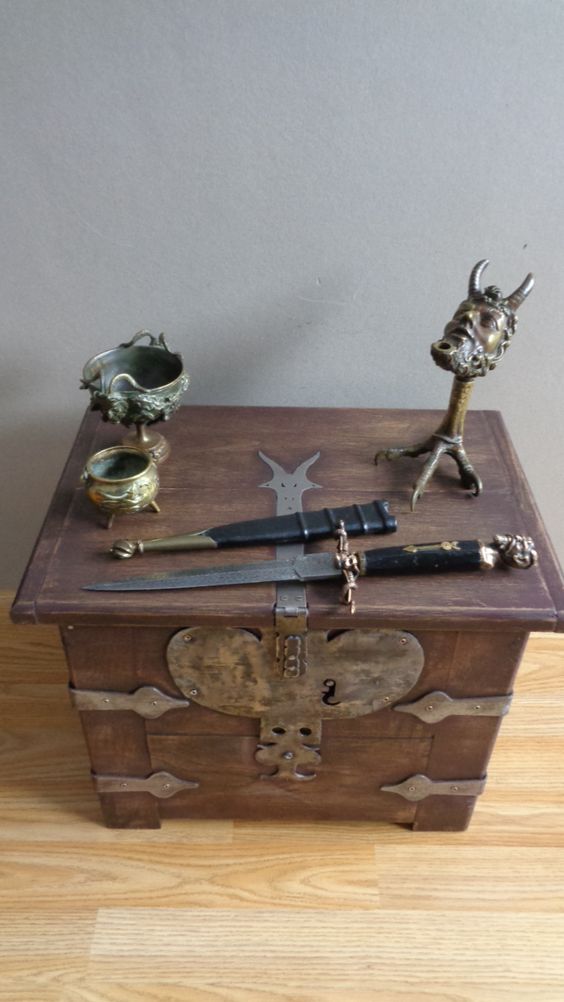 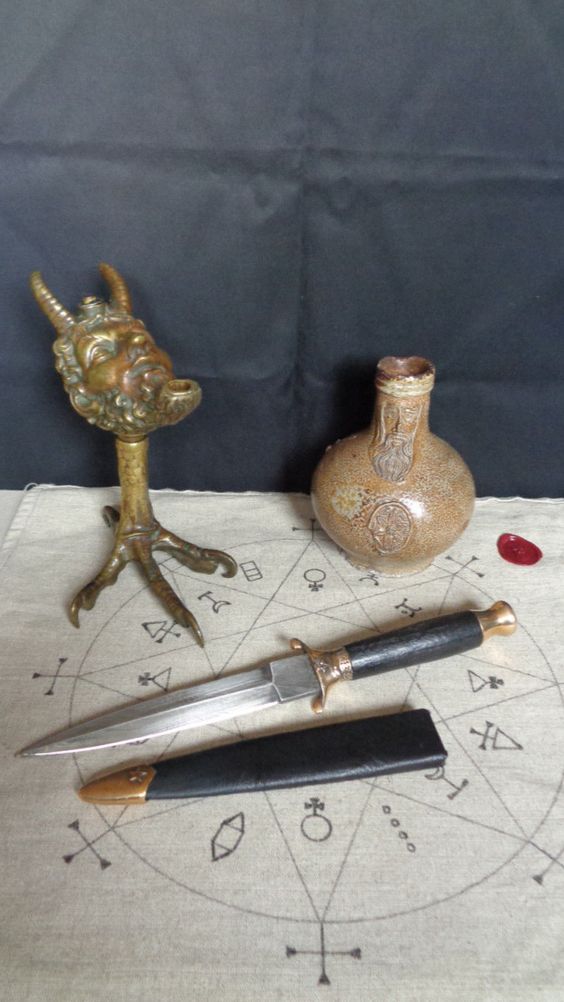 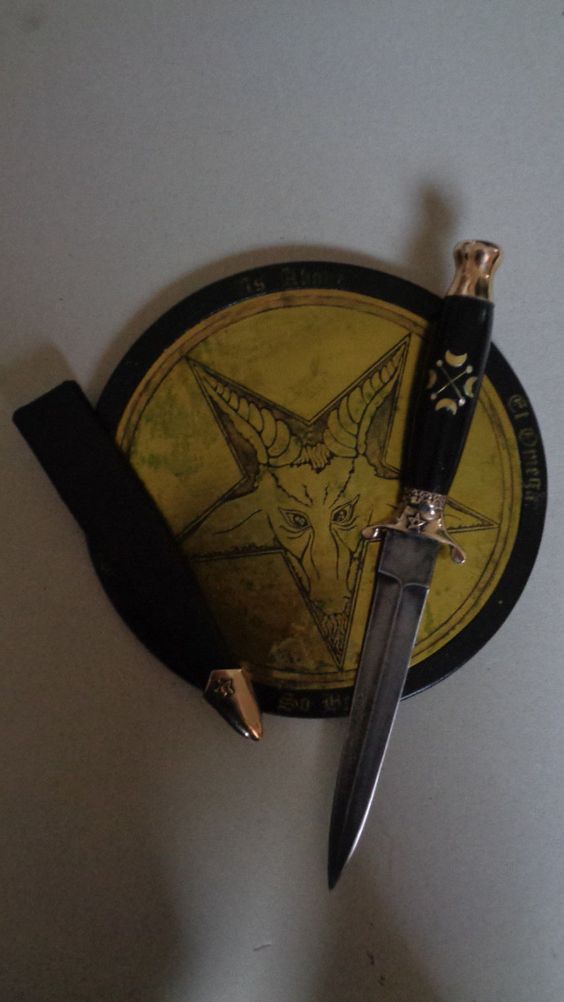 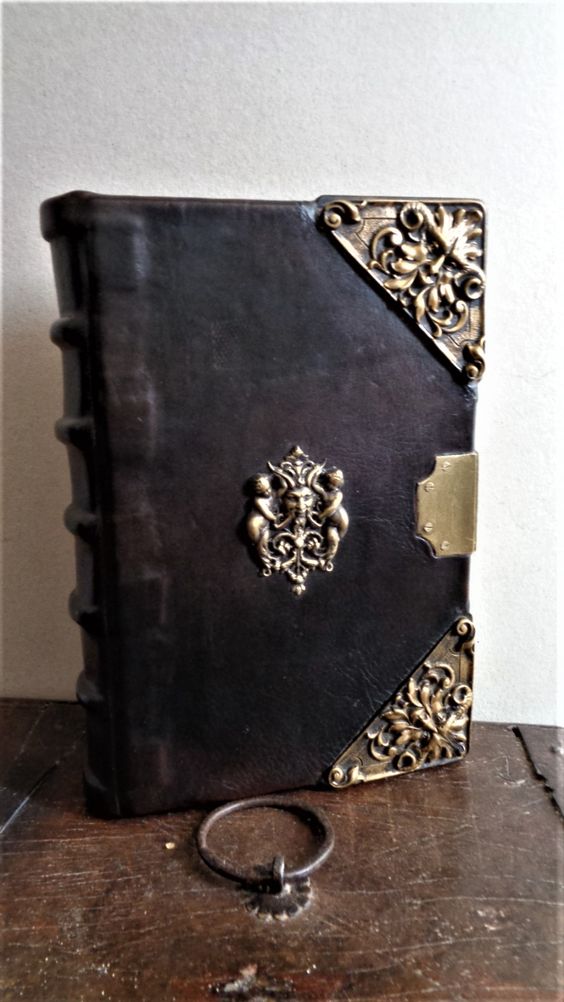 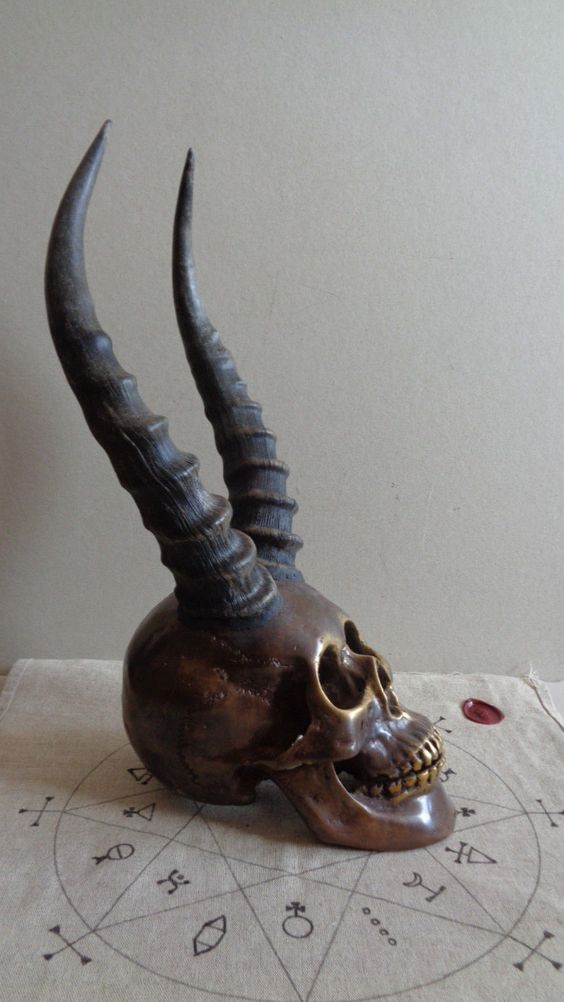 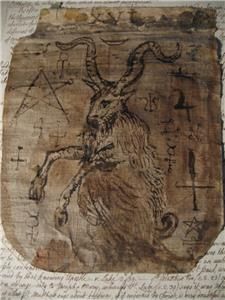 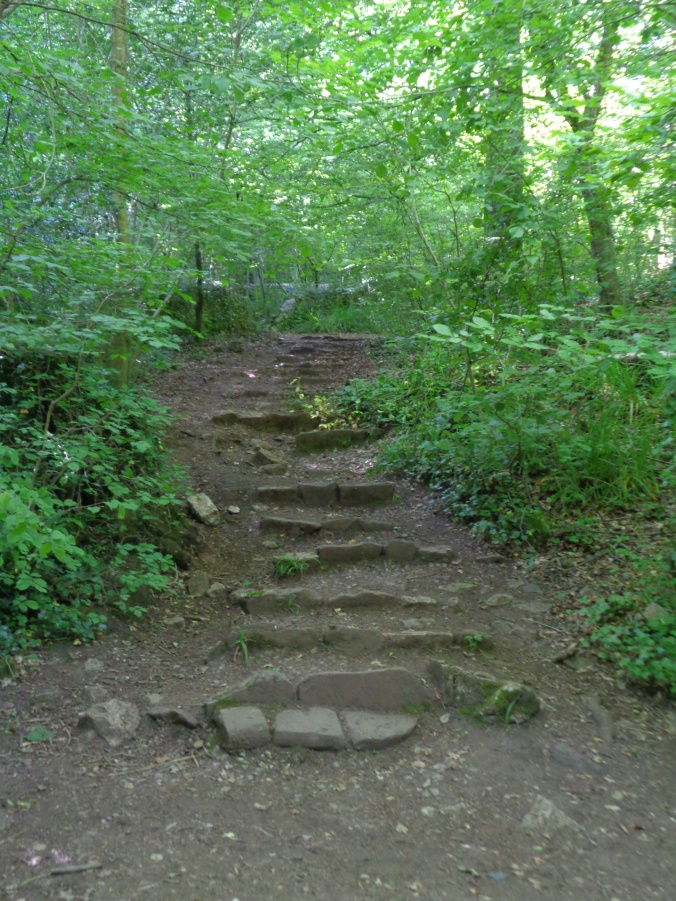 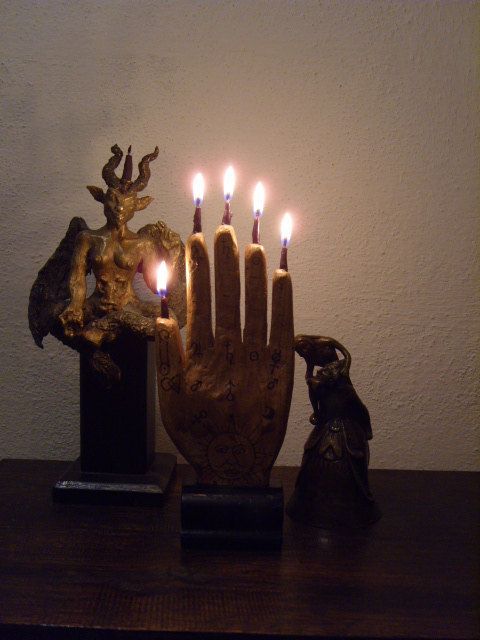 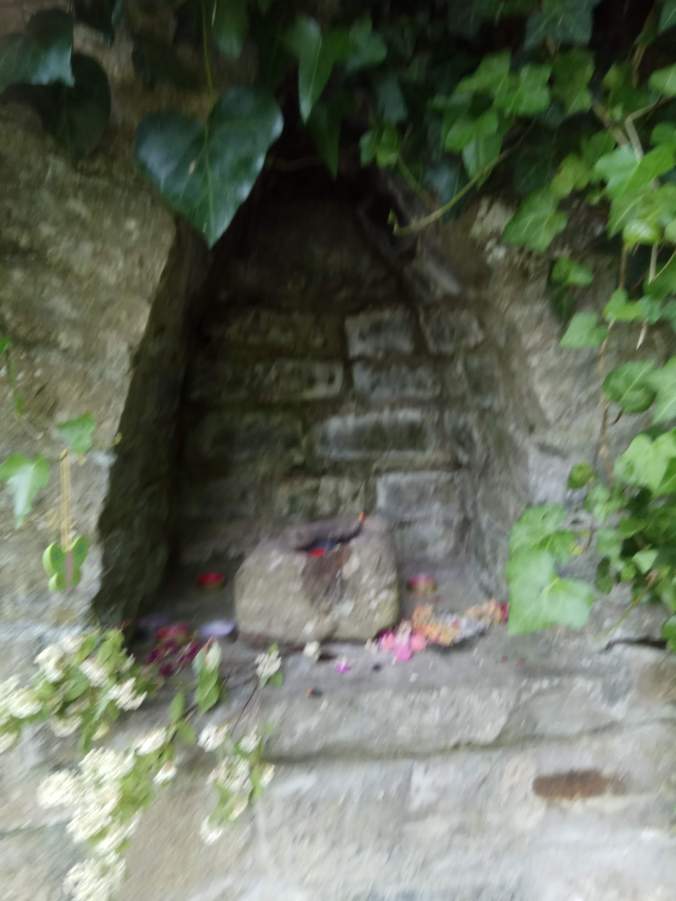 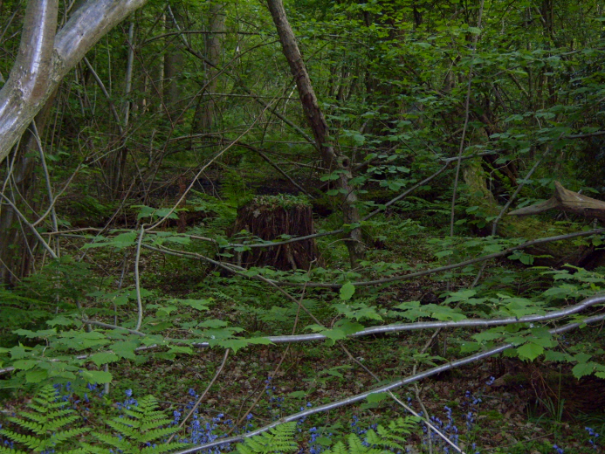 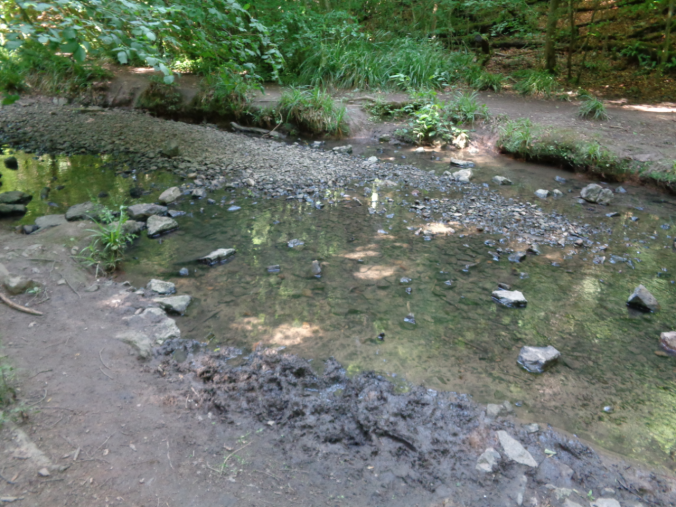 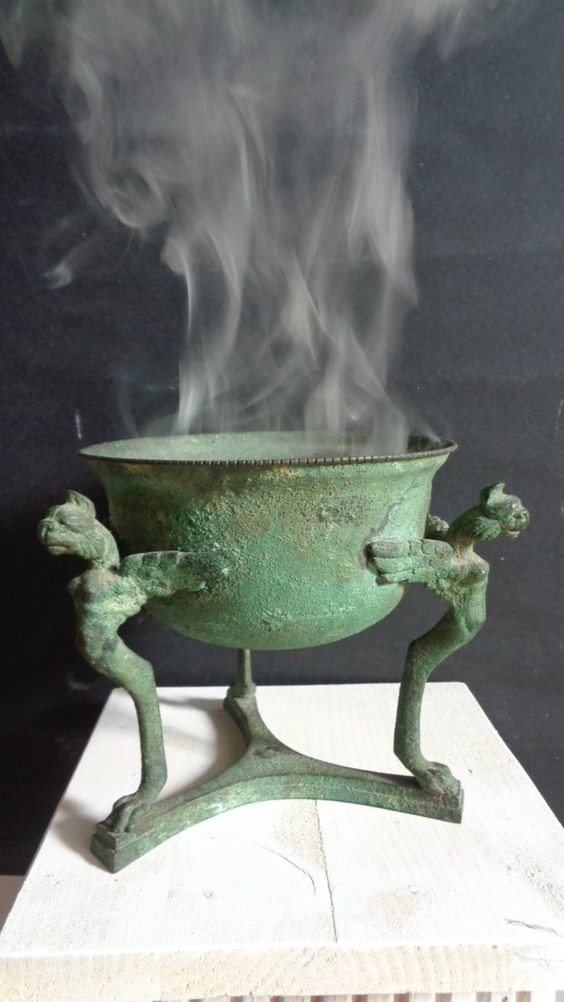 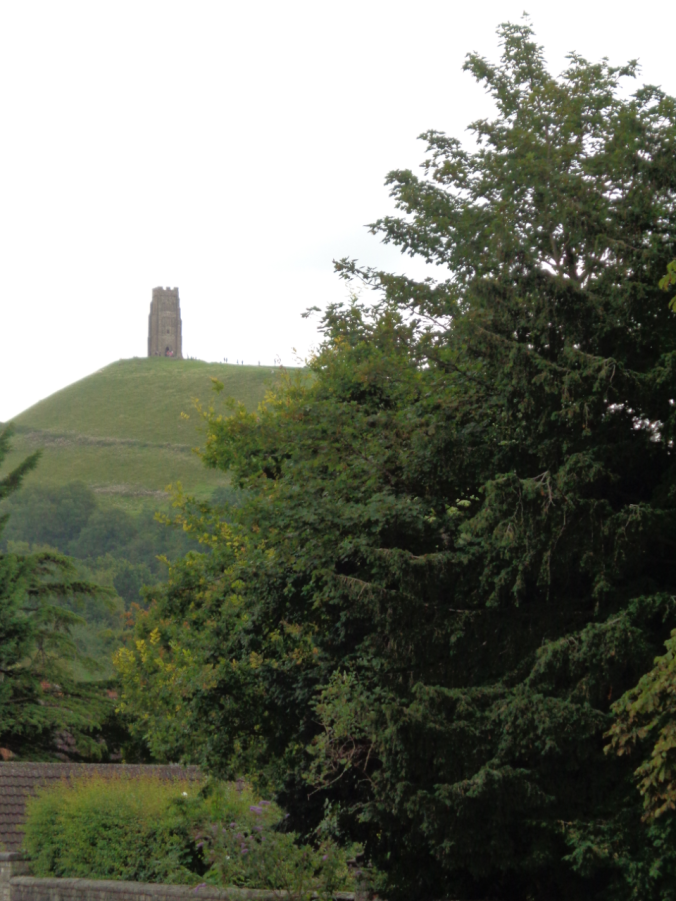